As the release of the upcoming major update featuring multiple gameplay mechanics to define, distinguish and characters the huge selection of classes looms on the horizon, we’ll be pushing forward yet another BETA.

Come join us for a swim or have a read of our blog post.

Here’s a list of some of the changes and additions that we have undergone during this update. The sooner we get the testing done, the faster our update release schedule goes so please do join us in the BETA!

- Swimming is no longer restricted to the naval and coastal scenarios. Multiple maps present on the army scenarios now sport this functionality as well. Arendan River, Sharpton and various other maps.

- Orders have been ordered to favour the ones used most. Here’s how it has all been sorted out.
» Form Line, Make Ready, Fire, Fire At Will, Cease Fire, Charge, Break Rank & Follow, Reinforce

- Classes that don’t have the rank and file ability can no longer see line markers placed by infantry officers.

- You are now required to stand behind the line marker to gather a buff.

- Infantry Officers are now able to place a line marker over the one they have placed themselves. It’ll certainly come in handy when you’re looking at quickly wheeling the man in the ranks to face the enemy.

- Gentleman in the rank and file that are standing nearby a form line marker will see its colour change from grey to white. This will serve as an extra indication that the player is able to gather orders.

- Reinforce beacons are now visible by other classes in high command, the rank and file as well as surgeons and musicians.

- Players now receive score when healed. This is done to incentivise players to replenish their health by looking for a surgeon rather than respawning.

- Reduced the number of playable infantry officers to 6.

- Reduced the firearm accuracy gathered from line infantryman when crouching and firing due to the rank discipline trait.

- Orders are now displayed separately in the Infantry Officer’s attributes window. Hover on them to see the buffs they gather.

- Redesigned the indicator visible on the line marker.

- Reordered the list of officer orders in the key binds menu to logically follow the new order stipulated above.

- Increased the size of the hotkeys visible on issue orders interface. We don’t want mini-map compass directions all over again now, do we? We’ll consider increasing this even further as we gather feedback from players with different resolutions.

- Rebinding an order to another key from the key bind’s menu will now have that change displayed on the hotkeys present on the issue orders interface.

- Various amendments to the text present on the hints next to the mini-map.

- The order interface no longer closes when you press ‘Enter’ to type in chat.

- Officer names are now displayed above the beacon when a reinforce order is issued.

- Lowered the audio feedback when clicking on a user interface element.

- Solved an issue were the received officer order’s panel got stuck showing after respawn.

- Solved an issue with blurry icons present on the hints next to the mini-map.

- You are no longer able to heal enemy players with the surgeon class.

- Solved a bug which enabled musicians to crouch and play tunes.

- Solved a bug which enabled players to ignite than carry an explosive.

- Solved instances of missing icons for death by fires, infantry stakes and chavexaus de frise (s) in both the kill feed and the death screen.

- Solved an issue with animations while running with a 2H Axe.

- Solved an issue with loaded artillery pieces not exploding.

- Solved an issue with pistols not finishing off an unfortunate fellow with a single shot to the head. 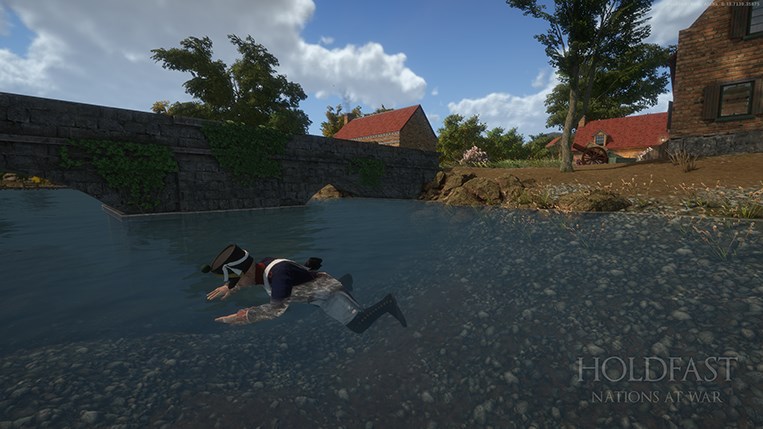 Everything present in this BETA is still a work in progress and bugs are to be expected. There’s an issue with melee combat inside confined spaces such as houses. We’ll make sure to fix this before it sees a full release. 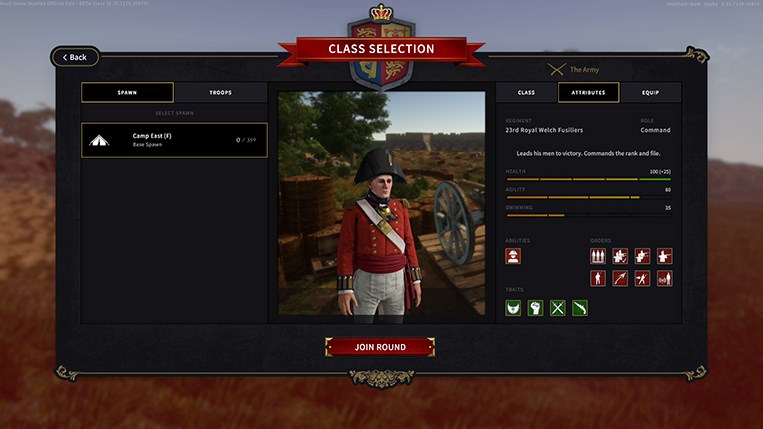 Thank you for your support and until next time, may good health be yours.

You'll be hearing from us again soon.