There’s been plenty done during the previous week! With new features being introduced, plenty of bug fixes as well as optimisations, we’re going to be needing more testing done before the update sees a full release.

Come have a read of our latest blog post and join us in the BETA.

What To Expect? Changelog

Here’s the entire changelog detailing all the changes, additions and fixes we’ve undergone in this second BETA release - All focused around game polish.

Server Optimisations
- Solved an instance where the server could crash when the players interacted with an object.

- Solved multiple warnings being outputted on the server impacting performance.

- Players that join game servers not running optimally will be warned that their gameplay experience is consequently being impacted.
» Game servers running below 60 FPS will result in delayed melee combat, shooting and interactions irrespective of the player's ping.

Gameplay - Cavalry
- Increased the volume of horse-related sounds. You can still control this through a specific audio slider from the game’s settings.

- Reduced the number of cavalry units available on Grassy Plains 1 whilst playing on the Army Battlefield game mode to 2 Hussars and 2 Cuirassiers or Dragoons per faction.

- Players can now rebind the mount and dismount key from the key bind settings.

Gameplay - Game Modes & Maps
- Multiple changes targeting balance on Fort Salettes when playing on the Army Battlefield game mode.
» Introduced an additional entry point to the left of the fort.
» Factions now spawn to either side of the fortification and must make their way to the fort where the battle ensues. One faction no longer spawns inside the fort when the Army Battlefield game mode is playing.

- Multiple changes targeting balance on Fort Salettes when playing on the Army Siege game mode.
» Increased the health points for the fort doors leading to Fort Salettes allowing the defenders more time to mount their defence.
» Ladders on Fort Salettes must now be carried and raised adjacent to its walls. You’ll no longer find them pre-placed.

Gameplay - Sappers
- Countdown timers leading to a barrel’s explosion now also show if you ignite a barrel belonging to the enemy faction.

- The health indicator for the player-built chair that you’re sitting on while playing with the Sapper class no longer shows. It was rather intrusive and obstructed visibility for the fellow enjoying a moment of respite.

Bug Fixes
- Solved an issue where the ‘Leaderboard Standing’ user interface still continued to show even if the player didn’t participate in the round.

- Increase the reliability for rank retrieval showing your standing in the leaderboards after the match ends.

- Solved an issue where a continuous ticking audio cue could sometimes be heard during the end of match screen.

- Solved an issue where the server’s player count shown in the lobby would reset back to zero for a few seconds when the game server changes the map.

- Solved an issue with the Portuguese translation showing in German when hovering on traits and abilities.

- Solved an issue where sometimes players weren’t able to sit on chairs built by the Sapper class.

- Solved an issue where sometimes the player would fall through the terrain when killed by an enemy on horseback.

- Solved an issue with incorrect sounds being played when a player hits the terrain with a melee weapon.

- Solved an issue where sword strikes from dismounted cavalrymen can sometimes be invisible for other players.

- Solved an issue where sometimes warning indicators would continuously flash.

- Solved an issue where names wouldn’t show when the player is moving a field gun.

- Solved an issue where if you’re playing a tune with a musician and opt to spawn with another musician class, the music menu will open upon clicking on the spawn button.

- Solved an issue where players would die a slow painful death if they stood atop a small campfire.

- Solved an issue with the health indicators for player-built defences resetting to a random value.

- Solved an issue with weather transitions not correctly resetting when a map changes.

- Solved an issue where players could get stuck on map load if the server goes offline when the player is loading.

- Solved an issue where the melee combat indicator continued to show when sitting on chairs, carrying rockets or moving field guns.

- Solved an issue where the melee combat indicator continued to show when auto-joining a round.

- Solved an issue where the melee combat indicator appeared to flash and constantly switch between block and strike states irrespective of the player’s movement.

- Solved an issue where the ‘Ambience’ slider would also raise or lower the volume of tunes played by the musician class.
» Musician tunes can now be separately controlled through the ‘Musician Song’ audio slider.

Quality of Life
- Players will now display a hint next to the mini map for the first minute after they join the round informing them that they can mute other players by pressing the ‘P’ key.
» You can disable this hint through the game options - ‘General Hints’.

Public BETA V1 - Changelog
- Should you wish to view the changelog for the first BETA release, you can do so below. These changes will also make their way to Game Version 0.41's release. 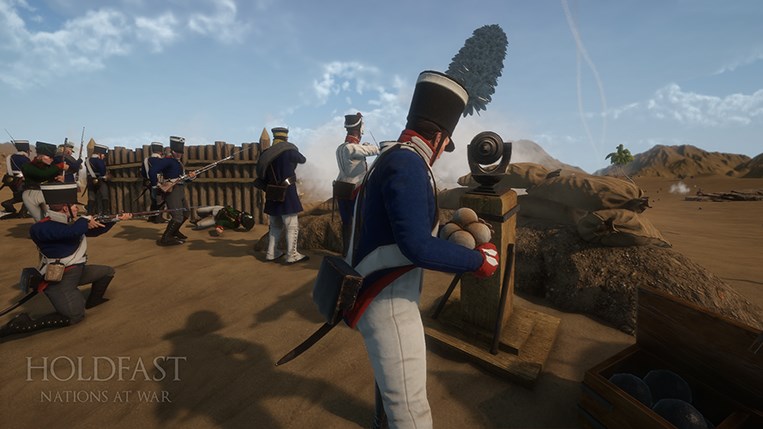 Looking for a good bunch of fellows to play the game with? Do join our Discord! Linebattle events where players are encouraged to play in formations relevant to the Napoleonic era are hosted by the community through the week. Discord is also a great place to be to stay in touch with the game’s development. Feedback is always greatly welcomed.

If you’re a fellow in the ranks of a regiment, go declare your enlistment. Through this, you can gather access to the ‘Field Camp’ where regimental specific discussion ensues. We look forward to seeing you there! 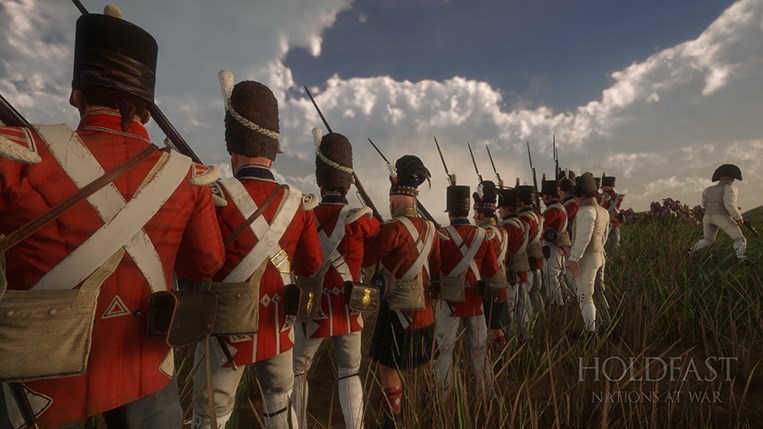 Once again we thank you for your support and until next time, may good health be yours.